5 Standout Moments From ‘Road to the NHL Stadium Series’: Episode 3

The Road to the NHL Stadium Series continues, and after a shaky start, the episodes have been getting better and better. Beyond the improvement of the episode itself, the Kings have been winning, so it’s happy, smiling Kings instead of dead eyes and Darryl Sutter yelling “fuck” all the time. Here are our standout moments of this hour (spoiler: none of these points have anything to do with hockey really).

Taking a look behind the scenes also means meeting the crew that makes everything run so smoothly behind closed doors. Here, we get to meet the Kings’ delightful assistant equipment manager, Dana Bryson. 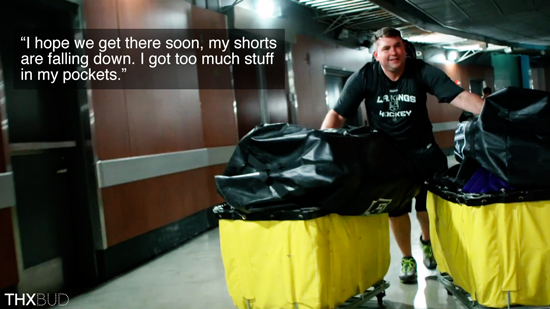 Being the dude that takes care of the players, he gets to know them real well and shares a few of those insights.

On Jarret Stoll’s need to alter and tailor everything: 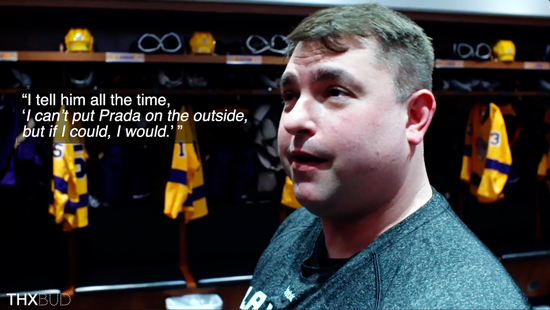 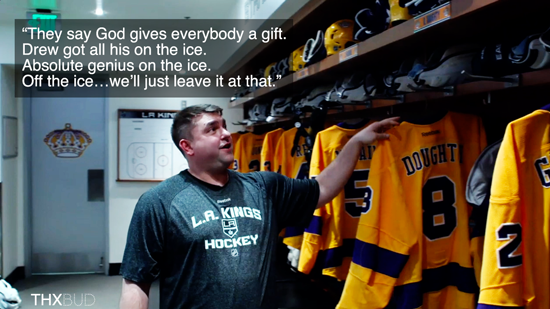 Making sure Matt Greene’s helmet is as safe as can be: 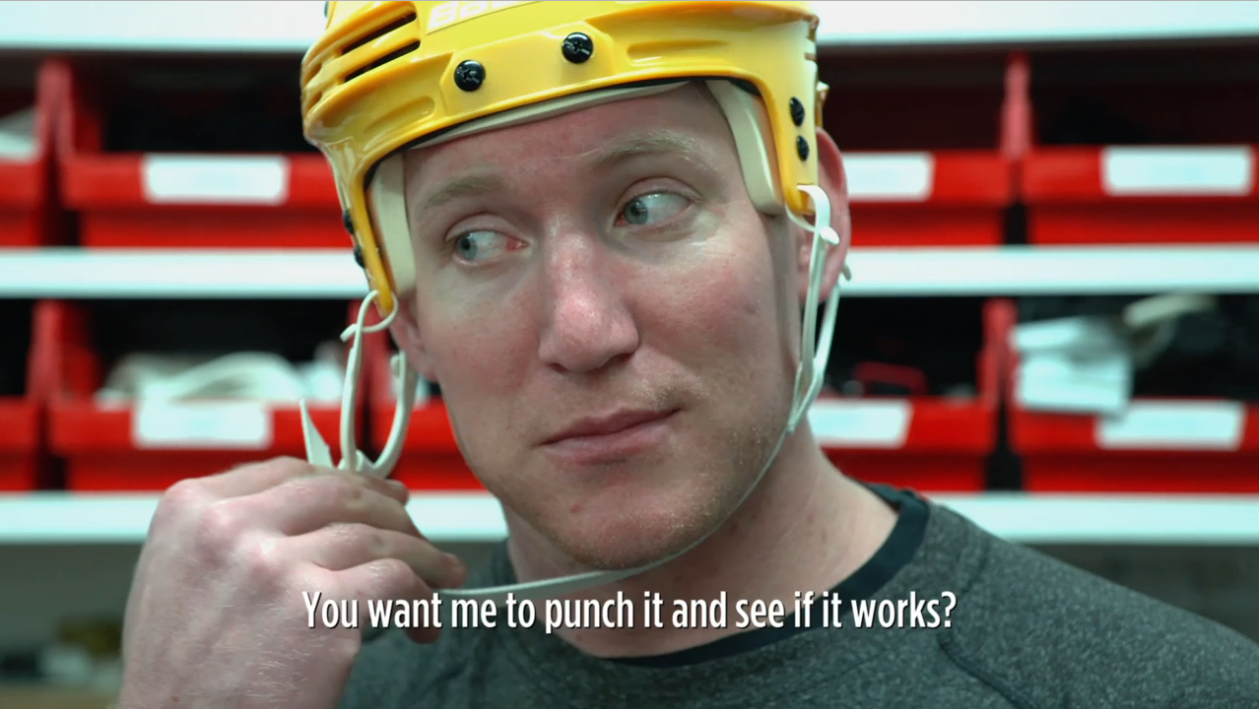 There was only a couple of minutes of footage, but we could have easily watched more. “Hot Takes with Dana Bryson” where he gabs and gossips about the Kings players, let’s make it happen.

4. Drew Doughty is exactly like we imagine he would be.

Ah yes, a perfect snapshot of trash talking in the NHL; this sentence is 38% swears. Is there really anything to add?

Ok, let’s talk about this for a second. Is Mike Richards Trevor Lewis in the best shape of his life? While WE know he’s a hard-working and spectacular American Hero, he’s getting that recognition on the team as he makes his way up to the top line. 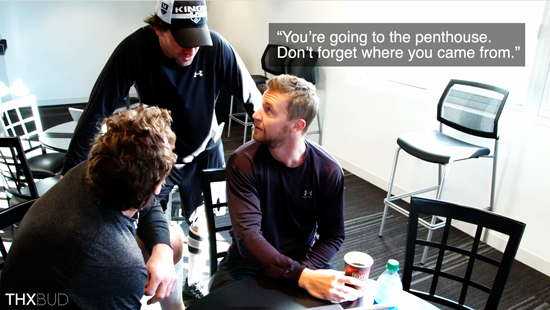 Justin Williams is always here to give you a smile and the good news, along with a reality check.

As great as they are separately, they’re even better together. 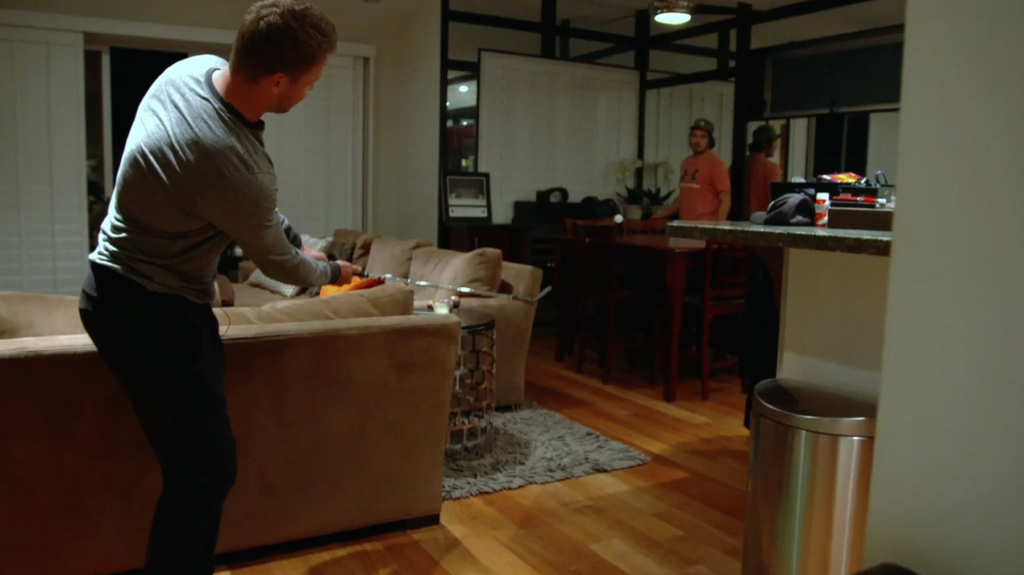 I know that cameras are around, but I have absolutely no doubt that on any other day, they’d still hang around at home making a game of hitting balls into a box. It also doesn’t surprise me that they’re competitive as hell with each other and will bicker and argue about it/everything.

Justin Williams is right (when isn’t he though?), these two really should have their own reality show.

2. Tyler “Cupcake” Toffoli in all his glory.

I think everyone who’s reading this knows that we’re pretty damn fond of Tyler Toffoli, and this episode was rife with Toffoli scoring goals and being a cutie. Beyond getting a hat trick, he’s taken his hair game up a notch.

Tyler Toffoli is going full Justin Williams and his curl game is ON POINT.

This episode was Dog City, USA. First up, shoutout to Marc-Edouard Vlasic and his wife who seems to be the Jeff and Megan Carter of Sharks in that they love and rescue tons of dogs. Do the Carter’s have a family photo of them and their dogs? Well, probably. 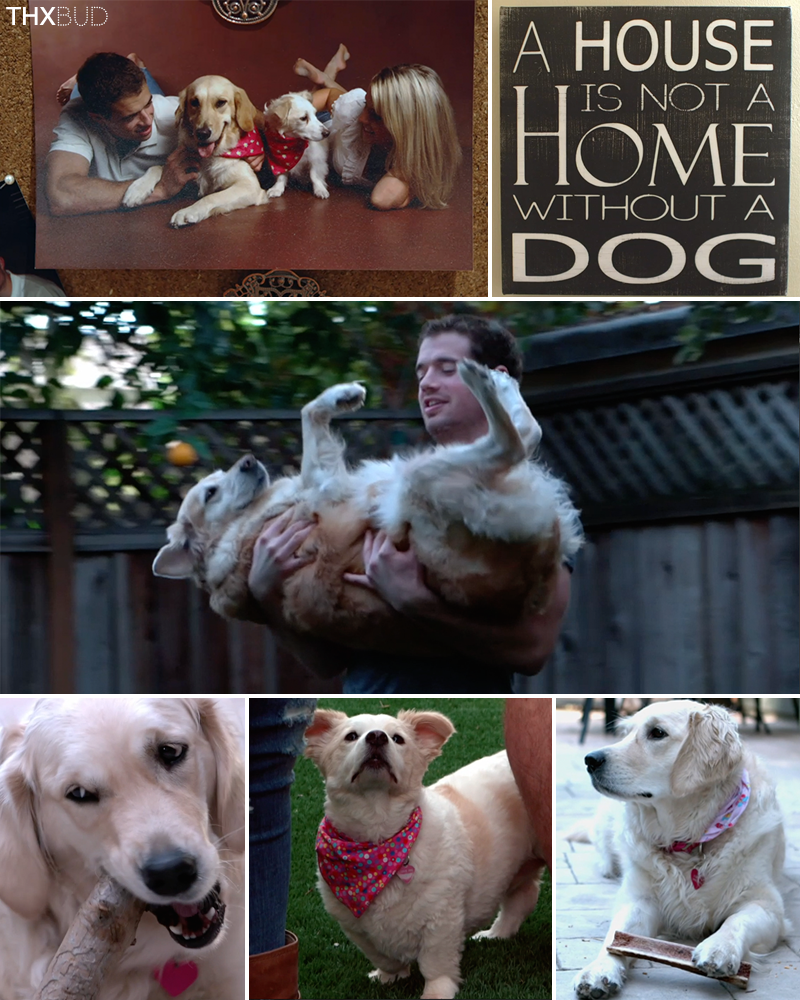 Kyle Clifford goes from punching people in the face to having a cute as hell family.

And last, but CERTAINLY not least, Tyler Toffoli seems to have acquired a dog when he was lonely with mono. Like literally, 2 days after he was diagnosed, he went and got himself a comfort dog. Also, this little cutie (the dog, not Toffoli) is from Wags and Walks, which everyone should check out if you’re looking for an adorable friend to take home. Bruno totally knows that he’s being walked by an amazingly talented hockey player, and his walk shows it.

I mean, look at this dog. He’s smug as hell to be sitting in the California sun and getting petted by Tyler Toffoli. Buddy here is living the life. 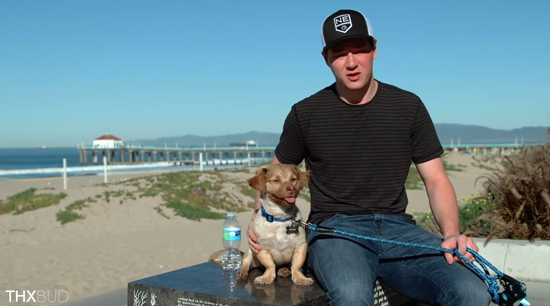 Sidenote: Now that Toffoli has a dog, it seems as if every Kings player comes equipped with a dog. So. Kings. Can we PLEASE get a Kings players + their dogs glossy picture calendar??? I mean throw us a bone here (pun totally intended). I personally would purchase 10 of these things.

Solid showing from the Kings this week. Winning games, getting hat tricks, and being cuties all around. Until the next episode, peace out.

1 Comment to “5 Standout Moments From ‘Road to the NHL Stadium Series’: Episode 3”