Flames at Kings: Is This Real Life?

Chances are, if you’re reading this recap, you already know the score. You probably watched the game, or in the very least the highlights, and so you don’t need us to tell you that the Kings lost in extra time. Again.

My reaction exactly, but opposite.

After some super sloppy OT play, in which Justin Williams (though we love him so) tried to do it all himself and instead turned the puck over repeatedly, the game unceremoniously ended before we all had the chance to make snarky comments on twitter about the shootout. Because this shot was, in fact, in the net.

And so, your Los Angeles Kings now have literally zero hope for winning the regular season series against the CALGARY FLAMES, because they’ve lost three of five so far. Don’t even try to console yourselves with two measly OTL points, because it’s those other four points left on the table that are sure to bite the Kings in the hiney.

In other news, the Kings outplayed the Calgary Flames for the third time this season. 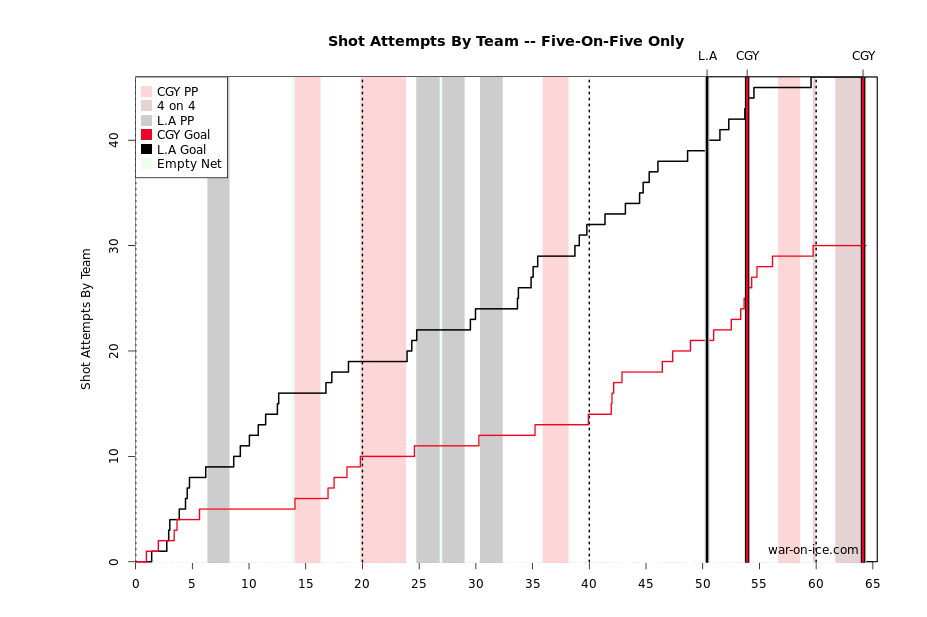 Hockey is very much like Universe. Brutal, cold, and indifferent.

This is the world we live in now. The world where the Kings are 2-12 in extra time, haven’t scored a shootout goal in 22 consecutive tries, and the return of  Robyn Regehr seems like a godsend.

Wake me when it’s over.

The All-Star break, that is. Because while the Kings are shockingly consistent in being January-awful, they are weirdly good at being post-break awesome.

1 Comment to “Flames at Kings: Is This Real Life?”