After a 5-game winning streak against some of the better teams in the league, the Kings play the Avalanche and the Sharks outdoors, so, it’s been fun while it’s lasted.

The Avalanche have had a very bizarre season. It began horrendously, vindicating all of the naysayers who preached that Colorado was incredibly lucky last year (terrible Corsi for percentage, ridiculously high PDO) rather than at all good. For a while there, it seemed that they were right. But slowly but surely, the Avalanche have reclaimed some of that luck of yore. They’ve crept back up into the playoff race. At one point, not even two weeks ago, they were ahead of the Kings in the standings.

However, the Avs’ losing streak coupled with the Kings’ recent winning streak have seen a slight reversal in fortunes. The Avalanche are now five points back from the 9th place Kings, and seven points out of a playoff spot. At this juncture, it would be very difficult for them to make up that ground, and they will likely miss the playoffs a year after securing the number one seed in the Central Division thanks to significant but predictable regression.

There is still some glimmer of hope for them, and the Kings will be playing a desperate team on their own turf, so expect a tight game. The Kings would be wise to park their propensity for playing down to teams for the remainder of the season. They pretty much need to win out to safely secure a playoff spot of their own since all of the other bubble teams insist on winning every night as well. 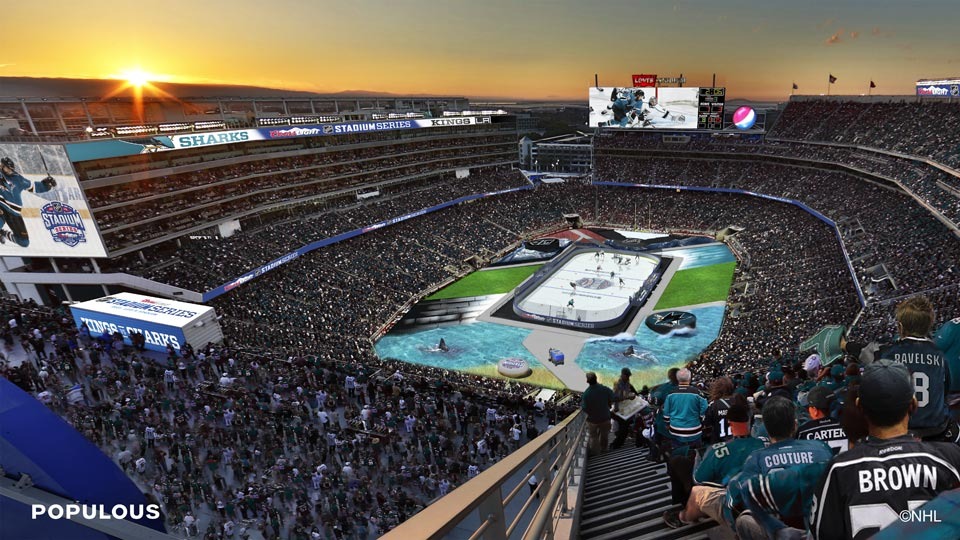 Well, the much anticipated outdoor game is finally upon us. While the Kings were mired in winter awfulness, the outdoor game seemed a dreaded opportunity for the Kings to once again be shutout and lose on the grand, regular season stage.

The first episode of the EPIX Road to the Stadium Series highlighted the different trajectories the Kings and Sharks were on after their infamous playoff series last year in which the Sharks were reverse swept, which included the Sharks win over the Kings prior to the All-Star break. With the Kings losing constantly, and the Sharks continuing to grab points, the much-hyped outdoor game had the scent of disappointment, with the stakes so low.

Now, though, the Sharks have now lost six of eight, and the Kings sit a mere two points back from eighth place San Jose, with two games in hand. The Sharks have two games this week, including one against the West-leading Predators, so there is the chance for the gap to either expand or be erased altogether. Still, the stakes could literally not be any greater, with a potential playoff spot on the line. Of course, there are still plenty of games left, but you can bet that those two points are going to have a significant bearing come mid-April.

With goaltender Antti Niemi reportedly being shopped around, this game might even have a delightful goalie controversy, adding to the aura of a playoff feel. And we all know how that ends.