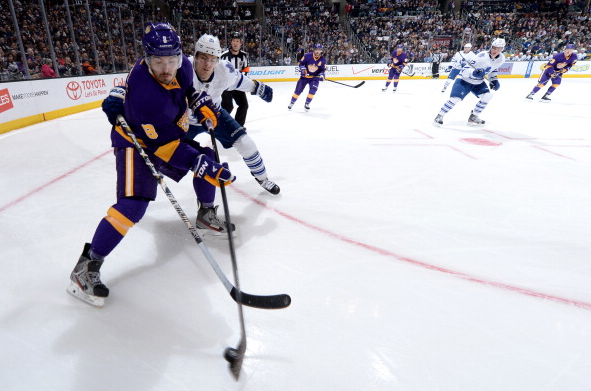 Watching the Kings score a power play goal, and then give up a shorthanded goal in the same game reminded me that I’d spent some time looking at the NHL stats on their power play and penalty kill production the other night, shaking my head. I feel like I’ve that done a lot with this season’s team, because their underlying numbers say one thing, and the results haven’t consistently tell the same story. The entire month of January is the best example of this.

I wanted to see how bad the Kings’ special teams have been overall and get an idea of how much that could be hurting them.

In some ways, the numbers looks exactly as anticipated. Simply watching the games is enough to know the power play has been a useless horror show most of the time. (Shout out those seven minutes of PP time they wasted against the Canucks. Never forget.) The Kings often have problems entering the offensive zone with control and sustaining pressure if they manage to set up at all. Though they’ve had the most PP time of any NHL team and the third most opportunities with the man advantage, the Kings are stewing in the bottom third in PP production.

A hot streak since coming back from the Olympics has pushed them up some, but that means they’re 25th instead of 26th. Wheeee!

To be clear, the Kings being ranked 29th in penalty kill time on ice means they have the second largest number of minutes shorthanded. Way to be one of the best at being the most undisciplined on the ice.

Goaltending buoyed the Kings’ PK earlier in the season. That’s slipped in the last couple months, with the .887 save percentage now hanging out at 15th in league. At one point the Kings were the most penalized team in the league but had the 6th best PK, a fairytale that’s since ended.

What I hadn’t taken much time to think about and wasn’t really expecting was that the Kings’ special teams differential is nearly nonexistent. Though they aren’t producing very many PP goals, being at the top of the league in PP time and opportunities means they at least usually give themselves a chance to erase potential penalty damage each night. Per SportingCharts.com, the Kings draw 3.55 PPs per game and are shorthanded 3.75 times per game. 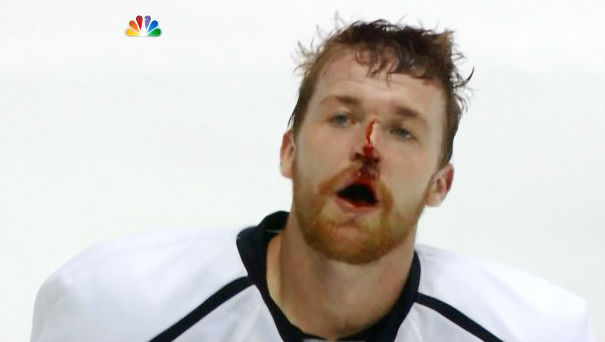 Props to Trevor Lewis on that front.

LA Kings Insider Jon Rosen wrote a little about Lewis’ penalty differential recently. Only captain Dustin Brown has drawn more penalties for the Kings, but Brown’s also the fourth most penalized player on the team, while Lewis has been called a grand total of three times in 58 games. He may be the King having the hardest time scoring, but Lewis is amazing at giving his team the advantage… even though they blow that chance a lot.

Basically, the Kings special teams aren’t great this season, but they generally haven’t been that detrimental to them either. Being eighth in the league in wins makes that evident enough, but the numbers support it. So it’s probably also not surprising that when the power play is clicking more, special teams can become the gravy to put the team over a few more times rather than effectively being a non-factor that’s ugly to watch.

1 Comment to “Don’t Worry Much About Kings’ Special Teams”