5 Standout Moments From ‘Road to the NHL Stadium Series’: Episode 1

The EPIX “Road to the NHL Stadium Series” featuring the LA Kings and San Jose Sharks has finally premiered. Like much of Kings fandom, we watched the first episode and judged it. Though the execution wasn’t perfect, we enjoyed plenty from the footage and laughed at some parts of accidental humor.

Here are five things that stood out:

The Kings head coach has developed a reputation for being fairly level-headed. Contrary to that rep, Sutter used several impassioned variations of the word “fuck” in this episode, making for a fun look inside the Kings locker room during their struggles. He didn’t quite deliver anything as iconic as Bruce Boudreau calling Capitals players “shit bums” in 2010, but the editing did create a moment that made his coaching seem entirely confusing. 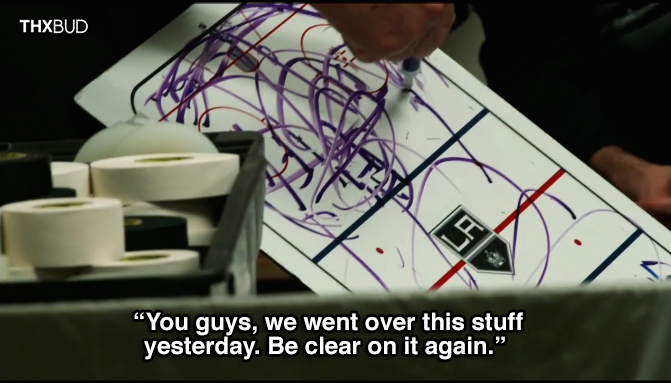 Huh? Think we’ve figured out why the Kings can’t get it together.

Further explanation from Sutter delivered an impressive use of f-bombs in every sentence uttered.

Well done. Masterful work like this is why ESPN voted him the best coach in the league this season.

Everything about Chris Sutter is great. His enthusiasm for the Kings has been such a source of joy for fans in Staples Center and getting him screen time during the All-Star weekend let NHL fans-at-large experience that, too. In the EPIX footage, Kings players reiterated how important Chris is to the locker room, but the best part was him having no shame around Chicago Blackhawks players Duncan Keith and Patrick Kane.

The Kings still need to figure out how to make it back into the playoffs right now. Asking them to produce another Kings-Blackhawks postseason series seems like a tall order at the moment, but Chris plainly stating he wants it makes us hope the team delivers.

The absence of Mike Richards and the waiver storyline isn’t really surprising. The OC Register’s Rich Hammond pointed out after it all happened that the EPIX crew wasn’t able to capture the story unfolding.

All the drama today with the Kings/Richards…EPIX missed filming it because of flight cancellations. Oops!

That didn’t stop Richards from showing up in the episode entirely, though, which only made his absence later more hilarious to us. Where does the LA Kings’ most expensive fourth liner make an appearance? Oh, he’s background noise. 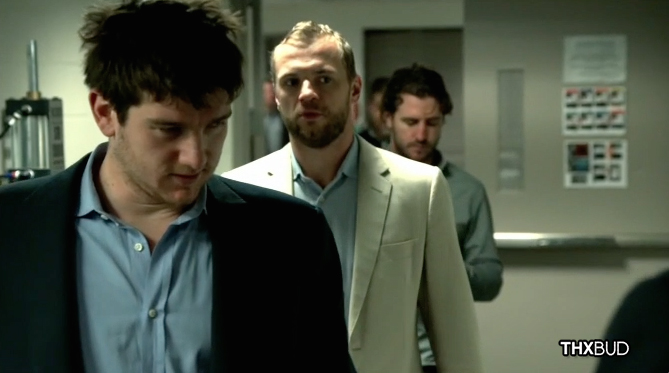 Hey there, Michael. See you later, Michael, Ghost of Kings Two Weeks Ago.

Look, we know this is a Kings-focused blog, but Brent Burns is ridiculous and endearing.

His whole family’s very charming, and the trip to spend time playing with animals was sweet. We also appreciated the gratuitous shots of his tattoos, even though his Harry Potter ink wasn’t really visible at any point. (We’re nerds. Leave us be.)

There hasn’t been much Tanner Pearson since he was placed on IR with a broken fibula. The White House visit on Monday produced a glimpse of him, but the minute or so of more in-depth time with him in this episode was much appreciated.

When players are interviewed about time spent healing, we often hear complaints about how lonely it is to be hurt, and man, it does seem really lonely. Good to see Pearson doing what he can to stay in shape and ready, though.

Miraculously, the Kings didn’t spend this entire first episode losing. They now have something to achieve in the next installment. We have faith in their ability to meet this challenge. They’re well on their way to making it Dodgers Stadium Game: The Sequel. Epic losing streak, lose to a rival, don’t score any goals. Everything’s right on track to make this whole series a high-definition look into the Kings being underachievers. 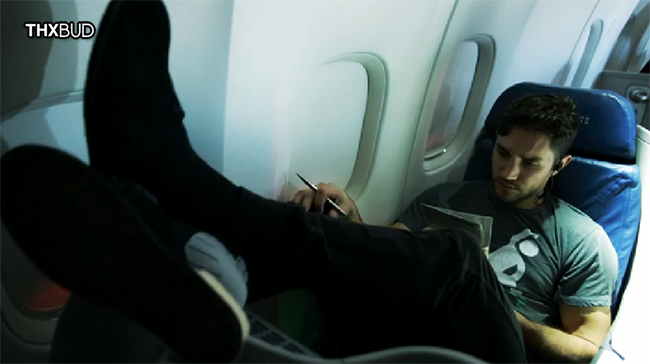 1 Comment to “5 Standout Moments From ‘Road to the NHL Stadium Series’: Episode 1”