Kings at Sharks: On the Road Again…

A couple months ago, having the Kings wear their home jerseys on the road might have seemed like a silly but fun way to encourage the Kings to perform like they were playing in the place where their record was way, way better. Following a disappointing seven-game home-stand, the Kings wearing black on the road ended up being a great way to combine the worst of both worlds. 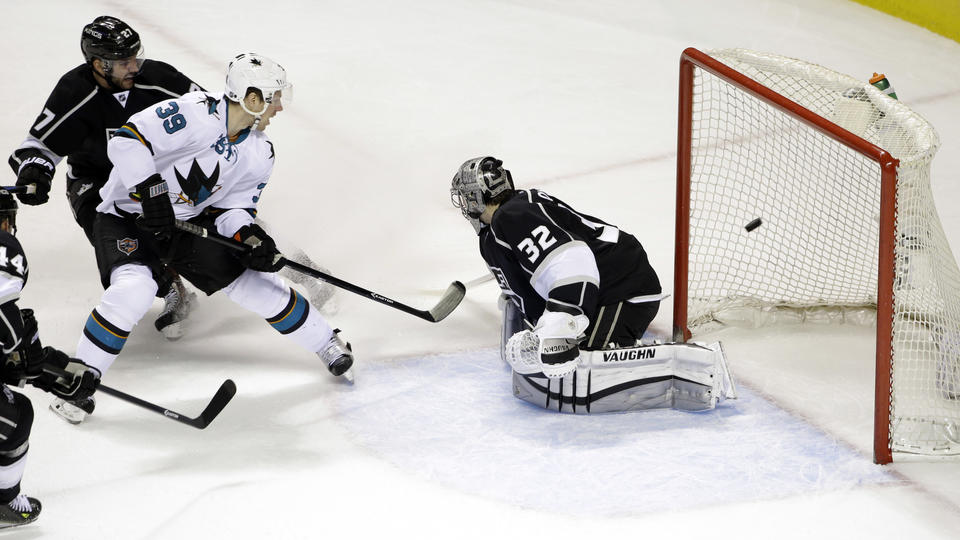 1. Dustin Brown on a wraparound. Brown’s initial shot was blocked by Logan Couture and broke his stick. Thanks to Anze Kopitar and Marian Gaborik tying up other Sharks players in the zone, Brown was eventually able to recover the puck, skate around the back of the net, and still turn a broken attempt into a scoring play.

2. Jonathan Quick. Look, he finished with an .875 save percentage, but the Sharks had way more dangerous scoring chances than the Kings, including multiple rush opportunities. The only even strength goal he allowed was off Couture right on the doorstep. He wasn’t outstanding tonight, but he was more fun to watch than just about every other Kings player on the ice.

1. No offense. The Kings didn’t control this game at any point, not even for a second. There’s probably no clearer way to show this than simply looking at the even strength shot plots for both teams, added here via war-on-ice.

Drawing more power play opportunities and a third period push to tie resulted in the Kings finishing the game with more shots on goal, but none of those shots were prime scoring chances. They didn’t challenge Antti Niemi very much.

2. The penalty kill is still bad. The Sharks scored on two of three power play goals. It cost the Kings the game.

3. Alec Martinez. Alec Martinez seems to be having a pretty up and down season. The last two games have featured some glaring downs. Against the Calgary Flames, Martinez let Sean Monahan blow right past him for a breakaway chance that beat Quick. In this game against the Sharks, Couture completely out-worked him and got to the front of the Kings’ net to open the scoring. That was just the first time for the night.

As a Kings power play wound down in the second period, Martinez did a nice job of entering the zone with control, starting the cycle. As soon as the puck came back to him, his shot to maintain the offensive zone got blocked, and then Martinez didn’t recover fast enough to defend against Couture. Breakaway. Luckily, Quick was able to bail him out that time. 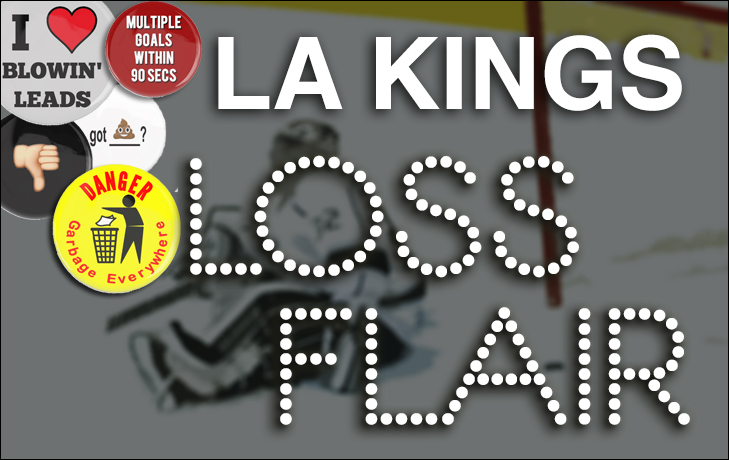 This was a bad game for the Kings that stung a little more for fans after seeing them drop a bunch of overtime points recently. Sharks won 4-2 in regulation, but the night had its share of ridiculous, entertaining moments. At least we laughed a few times.