The last time that the Kings and Predators played, the Predators dominated most of the gameplay but saw the Kings sneak out of their building with a shootout win. This time, the Kings got to experience what that was like from the other side.

If you know anything about, let’s say, being constipated, then you know what this game felt like. 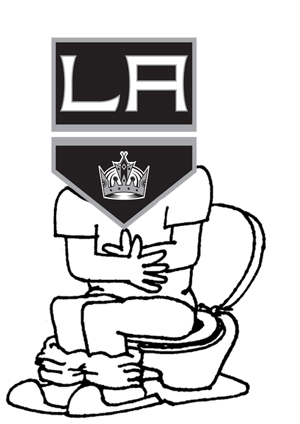 Preds are probably the waste in this scenario, yeah.

The Kings outshot the Predators for the entire 60 minutes but never led. In the first period alone, the Kings had 14 shots on goal to the Predators’ 11, but penalties allowed Nashville to spend time in the defensive zone and earn a couple power play goals to make it 2-0. Those LA boys really, really need to stay out of the box if they don’t want to keep giving life to teams that shouldn’t have any.

The good news was that Kopitar popped a rebound by goaltender Carter Hutton with less than 40 seconds left in the first period to keep the Kings in the game. His first goal when playing 5v5, yes!

LA continued to outshoot the Nashville in the 2nd period to no avail. Nashville was able to pot another goal, however, making it 3-1. Everyone in Staples continued to feel backed up.

Except Mike Comrie, who was having a great time taking pictures of Hillary Duff: 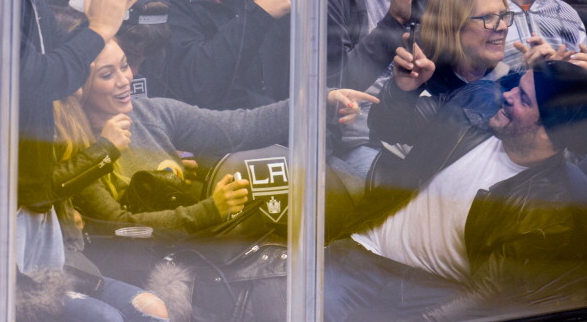 Well, there’s nothing else going on in this game right now.

In the third period, things seemed to turn themselves around in favor of the more deserving team when Dustin Brown’s shot deflected off a Nashville defenseman and up past Hutton almost halfway through the period.

Less than two minutes later, Mike Richards tipped in a lovely little shot from Tyler Toffoli (aka Lil’ Carter for the coming weeks).

Finally! The crap you’ve been waiting for!

It was all for naught when David Legwand managed to score his second goal of the game, making it 4-3 late in third. The Kings had managed to dictate play for most of the period, but letting the Predators get off several shots in one buzzing shift led to the game winner for the visiting team with the yellow obsession. A photo taken of me at the end of the game last night. I put my party sash on for this!

The Good
Shots on shot on shots! Attacking zone time! The Kings had the right kind of momentum for long stretches of this game. Plus, Tyler Toffoli is back and already making himself a presence. I missed that guy. 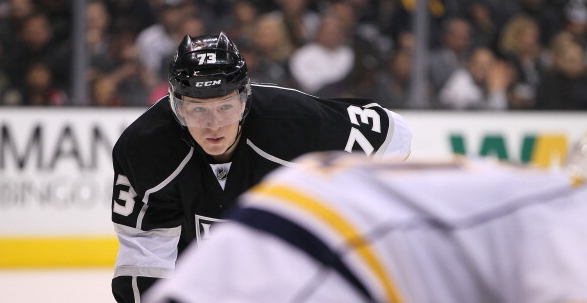 Everything about this says, “It’s business time.” I hope he has his business socks on.

The Bad
PENALTIES, UGH. QUICK GIVING UP REBOUNDS, UGH. Here’s the thing: none of the goals that Quick gave up were bad goals, and two of them came off pretty juicy rebounds. He either has to figure out how to get back to making highlight reel saves for a team that can’t stay out of the box or the Kings need to figure out how to stop allowing opponents to draw penalties on them. Quick’s save percentage is back below .900, though, so homeboy has some work to do. If the Kings somehow manage to lose to the Sabres this week, people are going to start telling him to reach out to Fleury for that sports psychologist for real.

The Ugly
Jarret Stoll left the game with an undisclosed injury just after he’s finally started scoring in games and Jeff Carter’s already on IR. Kings may be due for even more juggling. 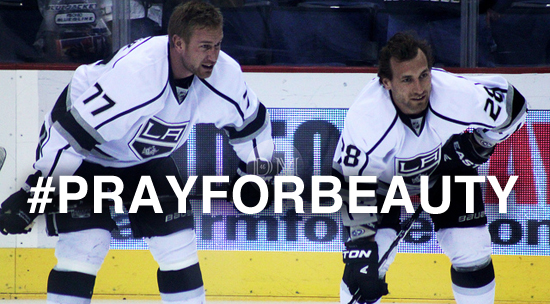