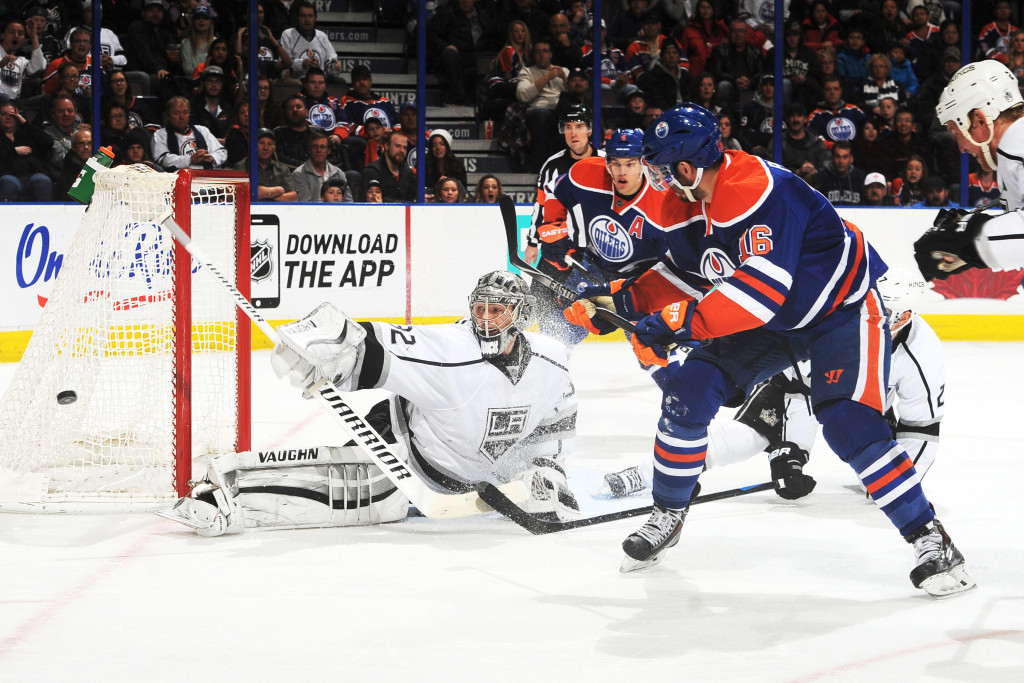 This regular season series is tied despite the Edmonton Oilers resembling a festering wound more than a complete hockey team. The last time the Oilers and LA Kings faced one another, the Kings couldn’t put up enough goals in regulation. That inability continued through to the shootout, where David Perron eventually won it for Canada’s saddest. Now the Kings are back in town, and they’re on a three-game skid.

The uplifting news for the Kings is that the Oilers have gotten worse since December. Perron is now off scoring alongside Sidney Crosby. Before the trade deadline, Jeff Petry was traded to the Montreal Canadiens, relieving Edmonton of one of their very few decent defensemen. Unfortunately this means the Kings will just face Petry later this week when they play Montreal at home, but for now, they should take this perfect gift the Oilers are presenting and demolish it.

Virtually every aspect of the Kings’ game-play outclasses the Oilers. The only flaw is that the Kings tend to take penalties a little more. The one somewhat shocking thing might be the Oilers’ shots against per game. Though they have the second fewest wins in the NHL, they’re ranked 19th in allowing shots on goal. Their goaltenders have let them down this season despite somewhat surprising defensive improvements overall. Both Ben Scrivens and Viktor Fasth have save percentages below .900 so far.

Bottom line: the Kings are way better than the Oilers, who are currently 5-24-9 versus Western Conference teams. They should take advantage now to try to work back into the playoff picture. If they don’t, it’ll be a fairly embarrassing waste of what should be a virtually guaranteed win.