Kings at Dallas: Road Woes, and So It Goes

In the battle of the worst home team* vs. the worst road team* (*not exactly true), nobody could predict what would happen next! (Pretty close to exactly true.)

The Kings, determined to redeem themselves from their lackluster shutout loss to these same Stars last week, had an ideal start to the game with three consecutive power plays. So far this season, the Kings power play has been more a curse than a gift, but with an impressive 6-for-12 run over the last three games, they were bound to jump out to a quick lead!

This is what the first period looked and felt like.

In actuality, Dallas scored three goals, the Kings looked to be in complete disarray, and I came quite close to shutting it down until I remembered I had to write this.

The second period started off on the same foot thanks to the Stars scoring a goal, having it disallowed for goalie interference, and then setting up Tyler Seguin to score again anyway. It came off a beautiful stretch pass from goaltender Kari Lehtonen. Yes, you read that right.

Sorry, Trevor Lewis. You have some ground to make up. 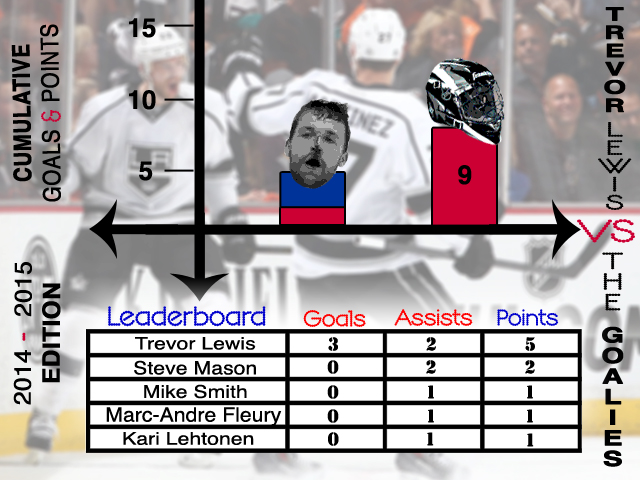 And just when we started wondering whether the Kings would ever score a goal versus the Stars ever again, Tanner Pearson potted his second in as many games, followed by a Justin Williams tally. Things were looking up!

That is, until newly-acquired, hip-check laying defenseman Jason Demers scored. No worries, because that was quickly followed up by Stars killer (points in every game ever played in Dallas, in case you haven’t heard) Mike Richards earning a goal. The second period, only marginally less absurd than the first, ended with the Kings firmly in striking distance.

As if the earth-shaking hockey wasn’t enough, the third period featured a literal earthquake in Dallas, and it was a definite message from the universe that anything was possible.

Did we just… experience an earthquake in Dallas? Certainly felt like one…

A second Williams goal of the night, and the comeback was imminent!

Justin Williams can get it in Dallas.

But despite giving up four goals, Lehtonen was on point. Even with massive pressure, shots, zone time, and all the Corsis, the Kings could not get a fifth goal by him. The comeback was not to be, and the “Victory on Victory” was slowly deleted from keyboards everywhere. 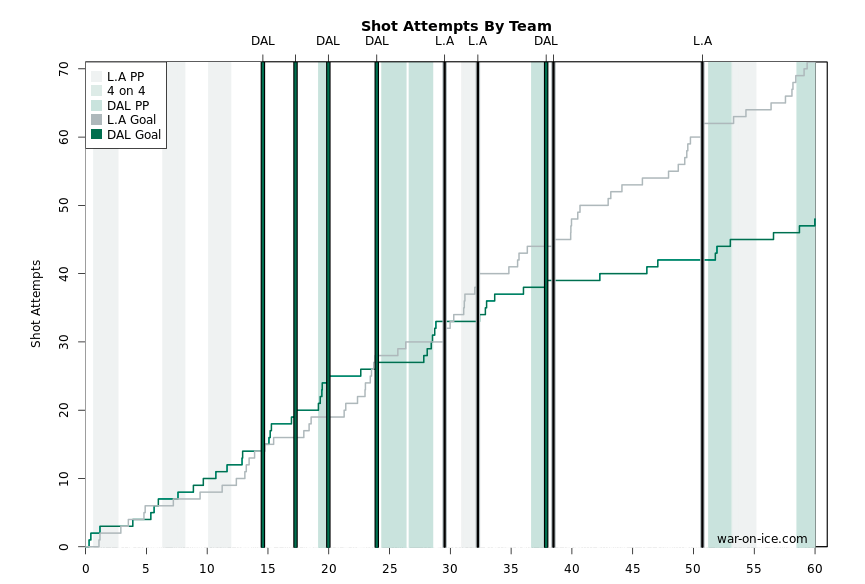 Ultimately, the Kings outshot the Stars 41-23, out Corsi’d them with 64.71 CF percentage, and firmly looked like the better team after period one. But Jonathan Quick’s save percentage took a serious tumble, tomorrow we will all read again about the need to “play for a full 60” until we go blind, and the Kings road woes keep marchin’ on.

1 Comment to “Kings at Dallas: Road Woes, and So It Goes”