After a busy and disappointing post-Christmas break road trip that included the Kings losing three of four games, the Kings are in the middle of a random four-day break before suiting up again on Thursday. Perhaps the NHL schedule-maker knew that the Kings-Predators game would dramatically end 7-6 in overtime, draining the emotional energy for all involved.

Anyway, the Rangers are coming… 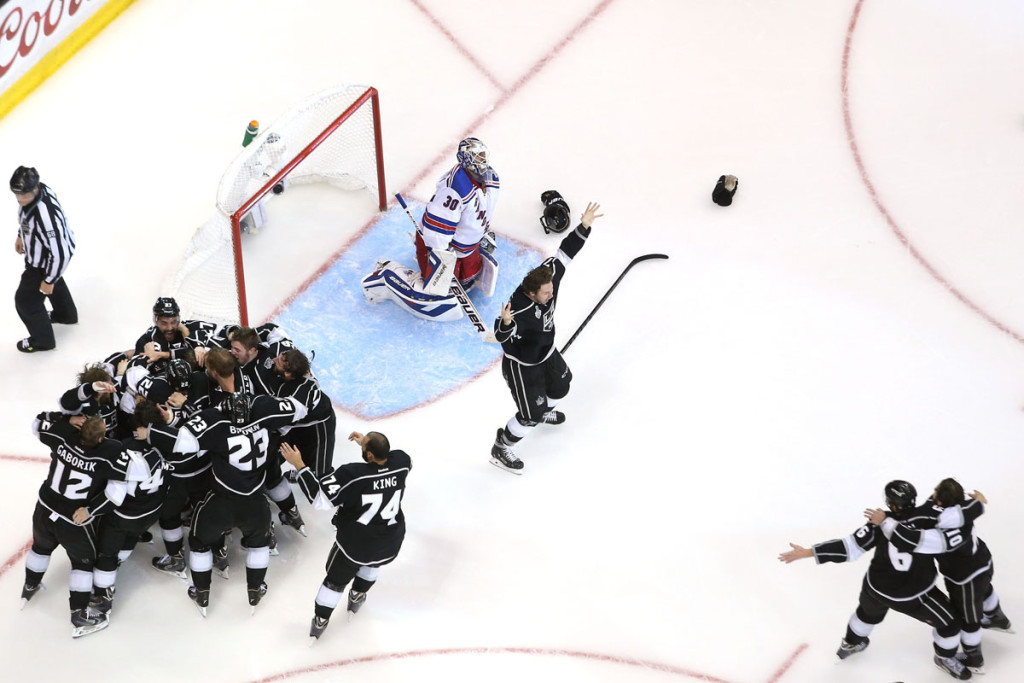 I hope you weren’t expecting a different photo.

Much will be made of this meeting with the Rangers by media, and possibly Rangers fans, but Kings fans everywhere will probably forget they are playing the Rangers until they turn on the tube. While it was certainly a hard-fought series, it still only lasted fives games. The Kings went into the series the favorite. My guess is that any hard feelings won’t be originating from the West Coast.

That’s not to say the Kings don’t need to be ready for an intense game. The Rangers, in 7th place in the weak Eastern Conference, are on an impressive streak, going 9-1 in their last 10 games. Rick Nash is scripting an impressive redemption story. He has 38 points in 36 games this season, including 24 goals. Martin St. Louis and Derrick Brassard aren’t too far behind with 30 points each.

Since the Kings are such big fans of breaking streaks — albeit usually losing ones — it would be nice to remind the Rangers how to lose. 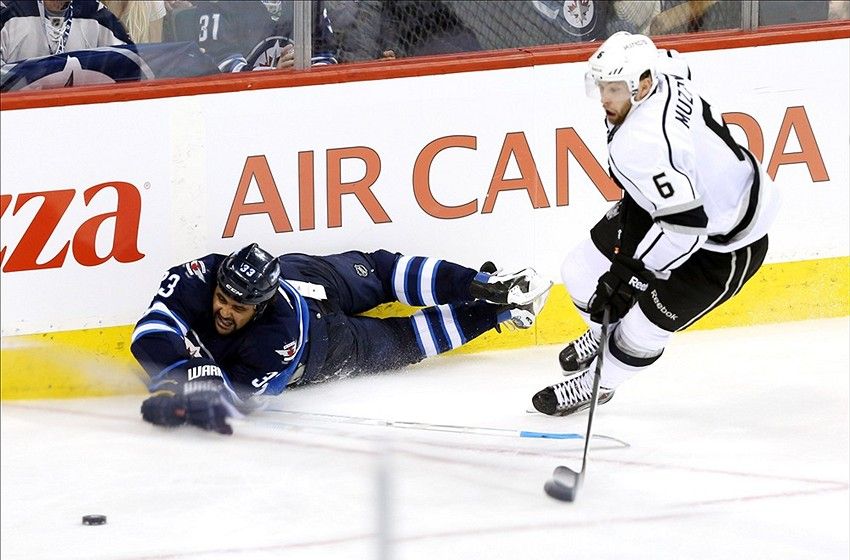 Continuing their surprising season, the Jets are currently tied with the Kings with 47 points. They’re tenuously holding on to the last playoff spot in the West. Their last 10 games resemble the Kings’ as well, a pretty unexciting 5-4-1.

The Jets have been ravaged by injury, primarily on the blue line. They’re missing five starting defensemen, which makes their recent record a little more impressive. Continuing their disastrous luck, they’ve now lost Evander Kane to injury for four weeks and had to call up offensive juggernaut Keaton Ellerby. REMEMBER KEATON ELLERBY?!?

Like the Rangers, the Jets have three players with more points than the top Kings, but they’re primarily being kept afloat by rookie goaltender Michael Hutchinson. He leads the league in save percentage (.936) and goals against average (1.88) in his 17 games played. Not that Darryl Sutterwould be at all impressed.

The Kings beat the Jets 4-1 back in October for their first win of the season, but this matchup might be more exciting. These are two crucial points for the Kings. They’d be wise to stop talking about getting off to better starts and actually do it. (I will be at the game, however, which probably means they will be shut out. Hooray!)

Most importantly, the Kings hate winning on the road this season, so they really need to take advantage of this home stand in order to stay afloat in the crazy Western Conference playoff pack.