I think we all hoped that immediately after the All-Star break, when the Kings would (and do) need to get their shit together, they would be playing the Blackhawks and Bruins, right?

Oh, the opposite, you say? 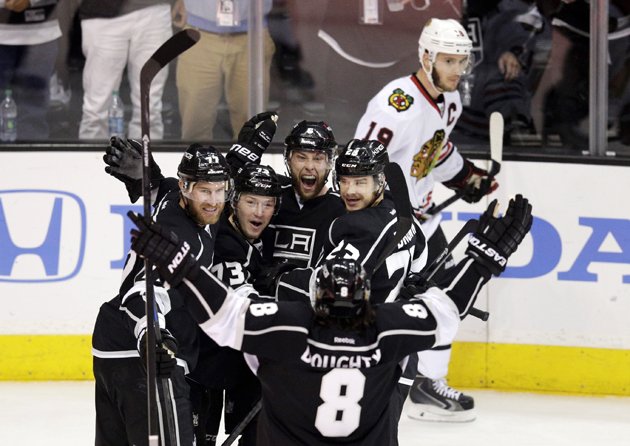 After a slow start to the season, the Chicago Blackhawks are back to looking like the Blackhawks. They are fourth in the West with 62 points, tied with St. Louis for second in the Central Division. Their +40 goal differential tops in the league and is a good deal better than the Kings’ measly +3.

On their first meeting on November 29th, the Kings continued their trend of losing to the teams they eliminated in the 2014 playoffs, imbuing teams with false hope — a bold and winning strategy, if you ask me. They lost 4-1, although one of those goals was an empty-netter.

It was one of the rare games where the Kings never really looked in it, a nice respite from outplaying teams but losing anyway. Perhaps in the back-half of the season they’ll attempt the cutting-edge strategy of outplaying teams and winning!

Patrick Kane is having a particularly productive season, and Jonathan Toews is Jonathan Toews. So despite their lackluster 5-5 record going into the All-Star break, these are still the Blackhawks of old, and the Kings will need to shake off any rust in the pre-game skate, because this one is a tall but telling task.

On the plus side, noted Blackhawks-killer Tyler Toffoli will likely return to the lineup after missing nearly three weeks with mononucleosis. Not Tanner Pearson, however, whose leg is still broken. 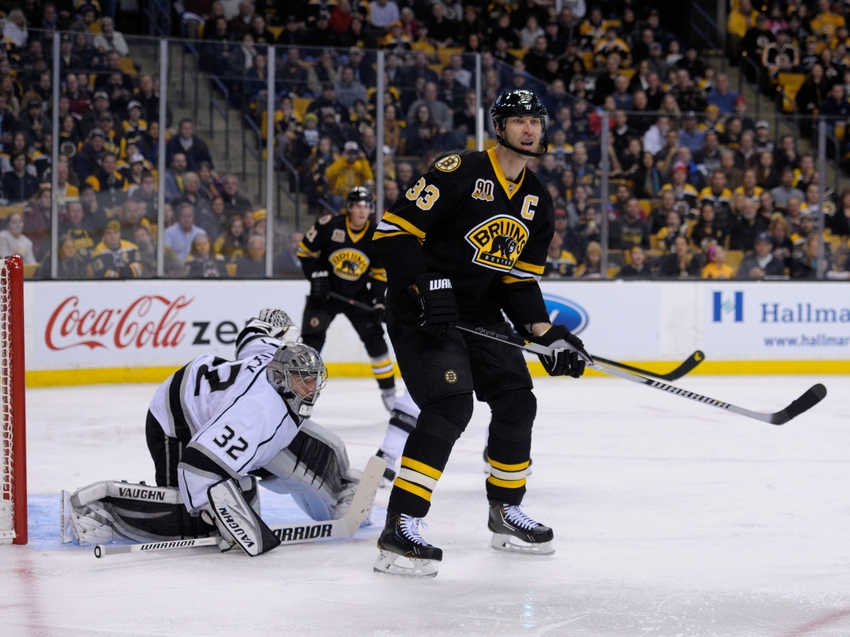 The Boston Bruins, similar to the Blackhawks (and Kings for that matter), were widely considered to be the cream of the crop of their conference, but have had an uninspired and inconsistent first half of the season. There was talk that the Bruins had lost their identity, and chatter of trading away under-performers like Milan Lucic and Loui Eriksson. CEO Charlie Jacobs put the entire organization on notice, calling the teams first-half performance “unacceptable.”

Unlike the Kings, however, the Bruins started to show some life before the All-Star break, going 6-1-3 in their last 10 games. They took a firm grasp on 8th place in the East, seven points ahead of the 9th place Florida Panthers. For conference perspective, seven points in the West is the difference between 8th place and 3rd place, or 8th place and 12th place.

With a +5 goal differential, the Kings and the Bruins have had a pretty similar season. Even their previous (and only) meeting in December was close, with the Kings winning 2-0, including an empty-net goal in the last minute of the game. Let’s hope the Kings can follow in the Bruins’ recent footsteps and string together wins.

While maybe not the schedule the Kings wanted following the break, perhaps it’s the one they need. Especially after Monday’s shocking news that saw Mike Richards waived and sent down to the AHL, the Kings need a decent dose of reality. That’s what they’ll get in facing the toughest competition the NHL has to offer.

No more lip service. No more pleads for 60-minute performances. It will no longer be enough for the Kings to identify their errors, lament their lost opportunities, and promise to be better. In a surprising season which has featured the resurrection of many of last years’s bottom-dwelling teams, it’s now or never.

I don’t know about you, but now seems better. 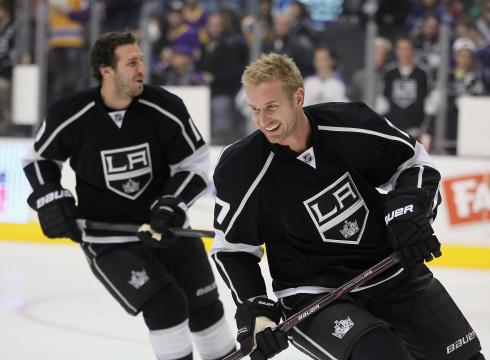 Do it for Mike.