Kings at Hurricanes: When We Were Dwight Kings

Last night the Kings began a 4-game road trip by playing the Carolina Hurricanes, and it ranked somewhere on the entertainment scale between frustrating and boring as hell. 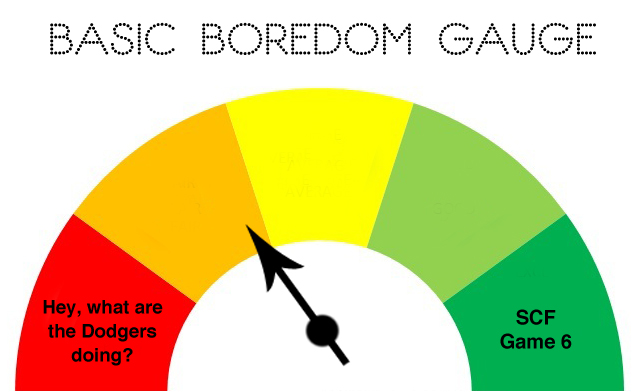 This is generous. I applied the “free transform” function in Photoshop too soon.

I couldn’t even delight in the evening’s b-plot for most of it — the Jeff vs. Jeff Smile-Off — because the two main contenders were rarely on the ice at the same time. 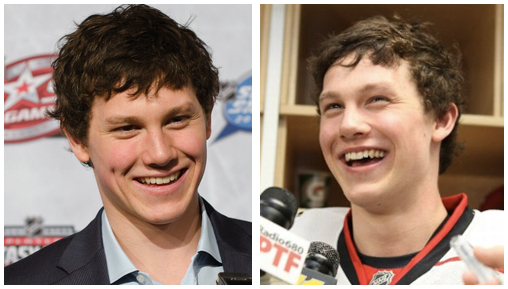 …vs SoCal architectural beauty. See what I did there? (GIF credit: ChristKunitz.)

It was the best overall game the Kings have played so far this season, but the Hurricanes also executed their own systems well. That all meant watching a lot of guys be competent at their jobs but nobody scoring any goals for two periods.

The #Canes and #LAKings are scoreless after 20 minutes. Shots favor Carolina, 9-8.

More idle thoughts in a 0-0 game. The Zamboni here has a John Deere logo. Find that quite cool, oddly.

Heading into the game, the Kings power play percentage was ranked 5th in the league. They’d scored 5 goals in 16 PP opportunities, but then failed to convert either man-advantage chance against the Hurricanes during regulation. Special teams still came through when Dwight King picked off a poorly-handled pass by defenseman Justin Faulk during the penalty kill, beat him back to Carolina’s net, and slid the puck through goaltender Cam Ward’s legs 53 minutes into the game.

King’s moment of glory as the team’s best left wing for the night was short-lived. Jeff Skinner and his one aggressive dimple knocked one past Jonathan Quick 40 seconds later and earned a power play goal for the efforts. The 1-1 tie held on through the end of the third period. In overtime, the Kings had an opportunity to put the game away with a 4-on-3 power play, but it too messy to function. Onto the second shootout of the season!

Fun facts: only 8 games went to overtime for the Kings last season. Six of those games were determined by shootout. Of those shootouts, the Kings won just 2, meaning they’ve already matched their 2012-13 shootout record. Quick has stopped all 5 skaters he’s faced, including Jeff Skinner. Jeff Carter was the only player to score in the shootout, winning the additional point for the Kings.

In conclusion: My apologies to Elias Lindholm, who sustained an upper body injury during play and left the game, after I challenged him to be better than his father. Stay up, Lindholm. Stay up.

1 Comment to “Kings at Hurricanes: When We Were Dwight Kings”