It’s reunions and rematches for the Kings this week as they reunite with old friends and try to win one last game and redeem themselves against 2 other teams. 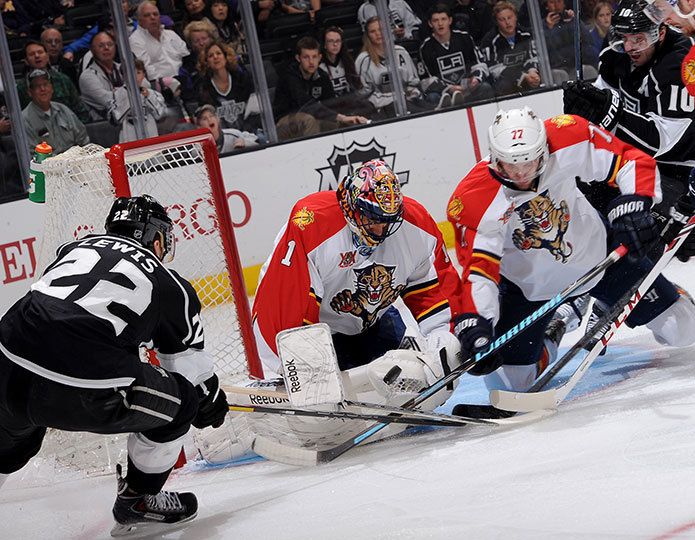 This will be the first time that the Kings will play Willie Mitchell since he was sacrificed and shipped into the ocean traded to the Florida Panthers. Now he’s the captain of that sinking ship, which good for him, but also, awwwww poor thing.

Regehr, on Mitchell's return: "We'll, I'm sure, talk about sustainable fish farming and all the other things he enlightened us about."

Really though, he knows all about the ocean. Ask him about salmon!

Mitchell will receive his cup ring before the game, to really rub in how he’s no longer on the Kings. And while he was a much loved member of the Kings, now that he’s gone, you have to troll him when you can.

Rookie Aaron Ekblad is second in points for the Panthers which is a clue as to how good a defenseman he is (1st overall draft pick!), but also how crappy the rest of the Panthers team is (they’re really not good). Despite all this, the Panthers have been surprisingly effective against the other California teams, defeating the Sharks 4-1 and pummeling the Ducks 6-1. On the other hand, the Panthers have lost the last 5 games they’ve played at the Staples Center. Will the Panthers complete their #BeatCA hat trick, or will the Kings manage to not lose against a crummy team? 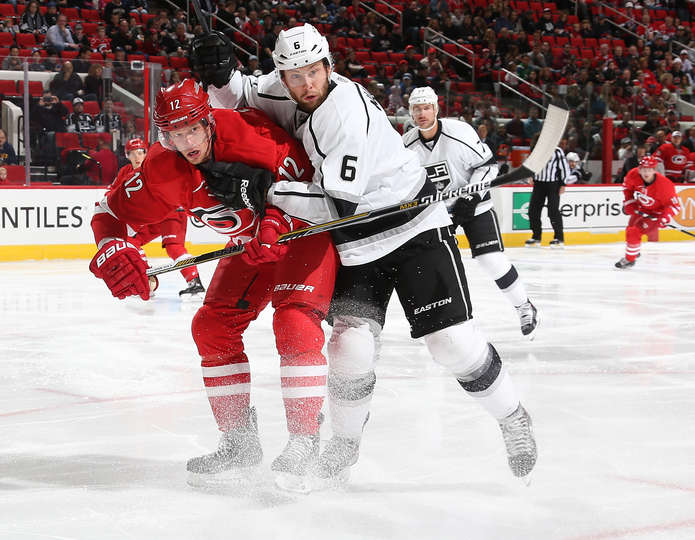 While the Kings didn’t give the Hurricanes their first win 9 games into the season, they gave them a 2-game winning streak earlier this month during the Kings’ disastrous road trip. How embarrassing.

The Hurricanes dismal 0-6-2 October has improved by miles with a 5-3-1 November so far, but they’re currently on a 3 game losing streak and sitting pretty at 29th in the league, right above Buffalo, who I’m not sure still qualifies as an NHL team.

The Hurricanes continue to mix up the lines, sending centers to the wing, wings to centers to try to see what works and drum up some offense. Alexander Semin has 5 assists, but he has yet to do his job as a goalscorer and score a single goal this season.

The Kings lost to the Hurricanes when all the Canes were doing was losing, but maybe being at home will give the Kings a slight advantage this time around. 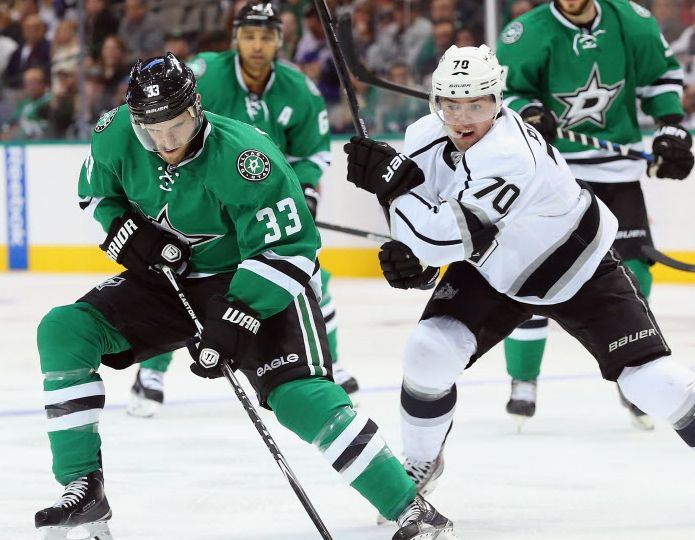 Torrid love affair style, the Kings see the Stars 3 times in single month and then never again for the rest of the season. Despite Tyler Seguin trying to single-handedly hoist the Stars up in the standings, they still sit at 26th in the league and 2nd to last in the Western Conference. After defeating them during that road trip that shall not be named, the Stars came to the Staples Center and just out played the Kings, shutting them out, the 4th time the Kings have been shut out this season.

The Stars have been making moves in the meantime, trading Sergei Gonchar to the Canadiens for Travis Moen. Gonchar had been struggling for most of his time in Dallas, so with this move, the Stars free up some cap space for potentially a larger move in the future.

Lindy Ruff has also been doing and was not happy to see that his top scorers, his leadership guys, totally failed the test.

Ok, so they may have failed at leadership, but they look like winners in having a bomb ass time.

The Stars are on a 2-game losing skid, but as always, all we can hope for is that Seguin doesn’t snag another hat trick because it’s just so damn easy for him.